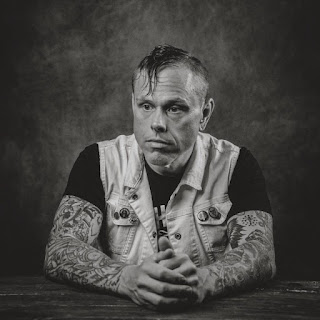 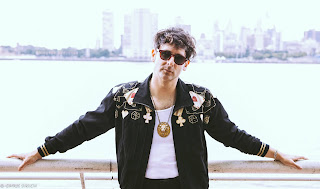 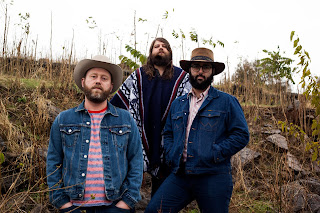 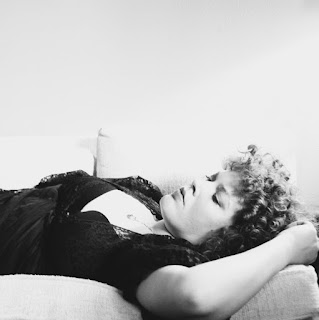 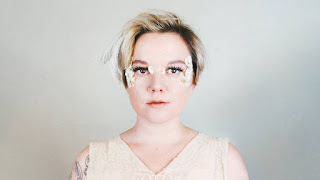 I'll venture out on a limb and proclaim to anyone listening that, all things considered, 2020 has been a fine year for new records.  Even with the delays and the distractions, each month manages to satisfy with enough music that matters that I am often challenged to select just five favorites at we stumble from one month to the next.  This is especially true as I scamper to give each release a fair listen.  So, leaves beginning to crunch under our feet, we march boldly into Pumpkin Days.  In order of appearance, here are the handful of records that made the strongest impression over the past thirty days:

WHAT's SO GREAT ABOUT SEPTEMBER?!! 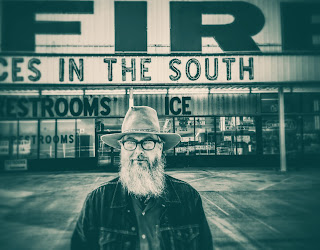 WAYLON PAYNE - BLUE EYES, the HARLOT, the QUEER, the PUSHER & ME 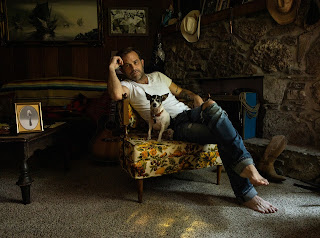 I can't wait until Waylon Payne's book hits the shelves.  No, to my knowledge he doesn't have a book deal, though you can trip across bits of his writing here and there, and he claims to have spent the first several days of pandemic lockdown tearing through pages and pages of stream-of-consciousness journaling.  And jeez, what a story.

I wasn't the only fan of his 2004 recording debut, The Drifter, a quality collection that came after he had already begun to establish a reputation for himself, once drugs had begun to sink their teeth into his psyche.  Waylon Payne was born into the industry, the son of Sammi Smith, who sung Kris Kristofferson's "Help Me Make It Through the Night" to the top of the country charts.  The son of Jody Payne, longtime guitarist for Willie Nelson.  Godson to Waylon Jennings himself.  What should've been the opening volley in a lucrative career instead led to sixteen years in the shadows up that upbringing, and in the grips of addiction.

But sixteen years after The Drifter, Waylon Payne has returned from this often dark night to share the tale on Blue Eyes, the Harlot, the Queer, the Pusher & Me.  He began to tell the story several months ago, releasing one Act every couple weeks, each a fistful of songs that spoke to his family life, his troubled young adulthood, the crucible of addiction, and his fortune to have been able to find eventual redemption.  Sure, it's the prodigal story, but it also happens to be tremendous music from a gifted songwriter who has lived a lifetime of great song material.

"Sins of the Father" introduces the album on a powerful note, a guitar (Jedd Hughes) and harmonica (Mickey Raphael) driven number reflecting on Payne's experience with his own father.  The sins of the father / It's time for me to lay 'em down and let them go, he sings, fully recognizing the role his father's choices played in his own path, the demons he inherited.  The tune begins with the spirited voice of a young boy, the son of his best friend to whom Payne has credited much of his recovery: I saw my best friend change from a guy into a dad.  He lays his father to rest in "What a High Horse", helping set the tone for a collection that pulls no punches even while demonstrating a certain compassion or forgiveness:  Talk about needing a miracle / Talk about needing a saving grace.

Payne's big-heartedness and humility distinguish Blue Eyes from similar records that might be more focused on blame and victimization.  The songwriter reserves the harshest treatment for himself, the most dangerous person I know.  Payne cowrote the scorching "All the Trouble" with Adam Wright and Lee Ann Womack (she included it on an excellent 2017 project).  Urgent strings and wild guitar conspire to create an atmosphere of dark tension.  He sings from the depths of his despair: I need a happy ending / Somebody write me one / If there's a prince that's waiting / Somebody send him on.  Payne pushes his Rodney Crowell-like voice to its limits on the acoustic "Dangerous Criminal". You're always just one push away, Payne sings, recognizing how his illness pushed away his friends and family: Hey boy / Why are you always alone.

Blue Eyes is produced by country vets Frank Liddell and Eric Masse, a team responsible for Miranda Lambert's 2016 Weight Of These Wings.  Like that double CD, their work with Waylon Payne strips back much of the artifice of contemporary country in order to focus on the songwriting.  String arrangements are deployed for emotional effect, though they can also serve to anchor the sessions in the sounds of a certain era of country production - thinking Bobbie Gentry, Dusty Springfield or even Kris Kristofferson.  While there are driving moments, the collection is more often defined by Payne's more introspective ballads, confessionals which highlight the beautiful grain in the singer's delivery.  "Shiver" is an aptly-named stunner: It's 4 in the morning, I'm naked / Standing above a sinning town / Wanting now nothing more than just to hold you / And to gently lay you down.  Few singers or writers can communicate such realness, such genuine gravitas in a song, a quality that Payne demonstrates throughout his sophomore album.  Watch as I burn / And watch as you shiver / One heart will live / One now must wither.  Devastating.

Even more difficult than carrying an honest portrayal of the hell of addiction is exercising taste and restraint when speaking to redemption and recovery.  Waylon Payne incorporates strains of gospel on pieces like "Back From the Grave" or the hymnlike "Precious Thing".  The songwriter never suggests that the great storm is over,  however, as he admits that sobriety and temptation are a daily battle even years after his last fix.  Blue Eyes, the Harlot, the Queer, the Pusher & Me is not necessarily a new story, though Payne is such a phenomenal and a discerning storyteller that I continue to hold out hope for a memoir.  Until such time, this long-awaited sophomore offering serves as a gorgeous reintroduction to an important artist who will hopefully remain on the scene for years to come.

Through the smoke, through the haze, through the blare of all >this<, we find solace in A Routes & Branches Guide To Feeding Your Monster.  It's our frantically updated roots music release calendar.  This week we added Lake Charles, the next release from Robyn Ludwick, landing this week wherever music matters.  Having established a solid reputation for taking an obsessive amount of time to release each of her studio records, the pandemic has brought out the generosity in Gillian Welch.  She'll be releasing her third collection of odds 'n outtakes on Friday, fittingly titled Boots No. 2: Lost Songs Vol. 2  (Acony).  Jeff Tweedy has been keeping busy from home as well.  Love Is the King will be a solo effort, expected on October 23  (dBpm).  Finally, Pearl Charles' 2018 Sleepless Dreamer received some play here at R&B HQ.  We've got our eyes on her follow-up.  Magic Mirror (Kanine, Jan 15) is the first release we've added to our calendar for 2021 (which can't help but be a better year).  But here's your weekly ROUTES-cast: