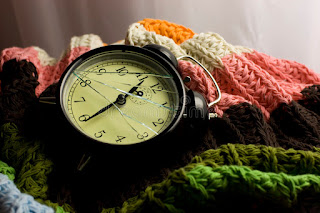 ROUTES & BRANCHES
featuring the very best of americana, alt.country and roots music
November 27, 2022
Scott Foley, purveyor of dust
Beneath all of this blog's clutter and noise lies the opinion that americana music only exists in relation to other stuff. There is no such thing as “pure” americana – by its nature, by definition it’s a hybrid of genres. Which, by our reckoning, is what makes it potentially fascinating, with countless possible variations.

We’ve put together this list over the past couple years, proposing records that are defining the americana genres. Artists who are adding to the basket, or who are taking the thing in new directions. These aren’t as a rule the genre’s bestsellers, thought they might be. Most are prominent enough to have risen to a certain level of attention. They’re also not on this list because they’re my own favorites – though that list is on its way. Not all of these artists are looking forward. Some are staking their claim solidly in trad territory. Which is forward-looking in some instances.

Finally, in the sludgy wake of the Grammys announcements, it must be said strongly how egregiously out of touch these mainstream recognitions have become (and I wouldn’t leave the Americana Honors out of this accusation). Beyond just the eye roll that these missteps merit, it’s disheartening the degree to which they fail to serve the future of all kinds of music (not just ours). Dear Grammy Committee: Is Willie Nelson REALLY the best thing you’ve heard this year? Is there REALLY nothing more worthwhile than this posthumous collection of Dr John tracks?! 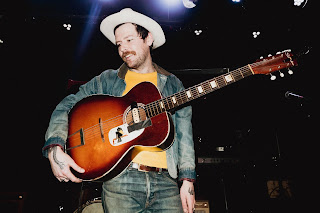 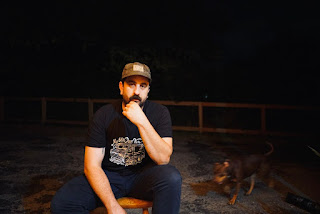 ROUTES & BRANCHES
featuring the very best of americana, alt.country and roots music
November 13, 2022
Scott Foley, purveyor of dust
I'm looking at Spotify, as I often do. It's not the best tool for music discovery (that might be Bandcamp), but it provides some keen insight into how people encounter music. It's interesting, for instance, how the most previewed songs on an album will tend to be the first track or two. It's all downhill from there. It's rare that an artist showcases their strongest material at the end of a project. Nevertheless, I will often preview a record from the end backwards. Sometimes that's where an artist stretches out, where they might hide the piece that pulls the album together.
Tommy Alexander brings his new collection to a close with "Naked To the World" - more about that soon. Feelings (Fluff & Gravy) is the Nashville songwriter's fourth record, and his first since he relocated from Portland. It follows on the heels of 2019's Baby You're Blue and 2020's Waves. Alexander was introduced to producer Andrija Tokic by Riley Downing of the Deslondes. From his Bomb Shelter studios, Tokic has produced a worthy roster of artists that include Alabama Shakes, Hurray for the Riff Raff, Margo Price and more, demonstrating a capacity to lead them beyond the typical parameters of roots music.
Where Waves dwelt comfortably and capably in a country pocket, the aptly-named Feelings benefits from a broader embrace. The project plumbs the reaches of melancholy, regret and doubt, musing on the emotions which largely defined our experience of pandemic separation. It's hardly Something light / To lift the mood as prescribed in the Cash-esque "Something Light", the album's most country moment. At the bottom end of his vocal range, Alexander is accompanied by a steady plodding bass and jangling guitar: All I ever wanted was no pain in my heart / And an appropriate fear of the night. "If I Only Knew" adds countrypolitan strings and a dose of regret. Alexander's vocals are doubled throughout Feelings, an effect that contributes to the project's feeling of insularity: Time on the road is time in my mind / It's time I can live without.
Tommy Alexander is joined in the studio by a altogether new and varied compliment of accompanists, including Chris Scruggs, Jo Schornikow and drummer Megan Coleman. The band's diversity of experience is reflected in their musical output. With its guitar-driven arrangement and repeated corazon corazon, "Silence" recalls Portlander Fernando Viciconte. "Backslide" is similarly built on thick electric guitar. Alexander's vulnerable delivery on the title cut might bring to mind Conor Oberst's more organic material. "Feelings" represents a less rootsy tendency of some of the new songs, generating a darker vibe that reveals a depth of emotion beyond what was demonstrated on Waves: It doesn't mean feelings are right / But I ain't feeling alright anymore.
Feelings lodges its two strongest tracks at the record's far end. "Blues" floats on the melancholy fiddle of Billy Contreras, a soulful, low-key meditation on sorrow: Sometimes it seems lately I've been struggling not to drown. Then the collection closes with the aforementioned "Naked To the World", a crushing and heartfelt ode to the departed: Health is just an artificial silence. The track hits like something from Nathaniel Rateliff's And It's Still Alright, luring listeners with churchly organ and pedal steel. The acoustic folk number is both atmospheric and intimate, reaching out while peeling back layers of Tommy Alexander's feelings: I've been having trouble with my body / Feeling as though it belongs to someone else.
I'm back at the beginning again, Alexander sings. The tracks of Feelings provide a reset of sorts for a promising career that has yet to receive its due credit. Tommy Alexander and Andrija Tokic offer these quirky, divulgent songs in just the right setting, while presenting Alexander as his own deeply-feeling artist, perched on the precipice of roots music and something more.
--------------------------
- Elizabeth Moen, "Synthetic Fabrics" Wherever You Aren't  (Moen, 22)
- Steve Earle, "Ain't No God In Mexico" Live Forever: Tribute to Billy Joe Shaver  (New West, 22)
- Morgan Wade, "The Night Part 2" single  (Ladylike, 22)  D
- Country Westerns, "Money On the Table" single  (Fat Possum, 22)  D
- Erin Rae, "Woman (Sensuous Woman)" OurVinyl Sessions EP (OurVinyl, 22)  D
- Prescriptions, "I Get Lost" Time Apart  (Single Lock, Nov 18)
- Larkin Poe, "Southern Comfort" Blood Harmony  (Tricki-Woo, 22)
- Jeb Loy Nichols, "Looking For Some Rain" United States of the Broken Hearted  (On-U Sound, 22)
- Breanna Barbara, "Weight of the World" Nothin' But Time  (Fuzz Club, 22)  D
- Arcs, "Heaven Is a Place" Electrophonic Chronic  (Easy Eye, Jan 27)
- Deer Tick, "Make Believe (Studio Demo)" Divine Providence (11th Anniversary Edition)  (Partisan, 22)
- Madi Diaz, SG Goodman, Joy Oladokun, "Be Careful" single  (Anti, 22)  D
- War & Treaty, "Blank Page" Blank Page EP  (Mercury, 22)  D
- White Buffalo, "Kingdom For a Fool" Year of the Dark Horse  (Snakefarm, 22)
- Tom VandenAvond, "Let the Train Whistle Blow" JR & RL: Double Tribute to Johnny Cash  (Hillgrass Bluebilly, 22)
- Bright Eyes, "Ship in a Bottle (Companion Version)" Digital Ash in a Digital Urn: Companion EP  (Dead Oceans, 22)
- Ryan Adams, "Free Yourself" Devolver  (PaxAm, 22)
- Angela Perley, "Ripple" single  (Perley, 22)  D
- Lucero, "Buy a Little Time" Should've Learned By Now  (Liberty & Lament, Feb 24)
- Gabe Lee, "Long Gone" Hometown Kid  (Torrez, 22)
- Tennessee Jet, "Garth Brooks" single  (TNJet, 22)  D
- Zach Bryan, "Fifth of May" single  (Belting Bronco, 22)  D
- Jarrod Dickenson, "Buckle Under Pressure" Big Talk  (Hooked, Feb 3)
- Margo Price, "Lydia" Strays  (Loma Vista, Jan 13)
- Shootouts, "Run For Cover" Stampede  (Shootouts, Feb 24)
- Micah P Hinson, "What Does It Matter Now" I Lie To You  (Ponderosa, Dec 2)
^ Tommy Alexander, "Naked to the World" Feelings  (Fluff & Gravy, 22)
- Tim Barry, "Carolina's RV" Carolina's RV EP  (Barry, 22)
- Phosphorescent, "Big Red Sun Blues" single  (Phosphorescent, 22)  D
- Fleet Foxes, "A Sky Like I've Never Seen" single  (Amazon, 22)  D
To enjoy our weekly Spotify ROUTES-cast, just open Spotify and search for "routesandbranches" to access this most recent playlist, as well as many others from past months.  Or click here for a preview:
No comments: 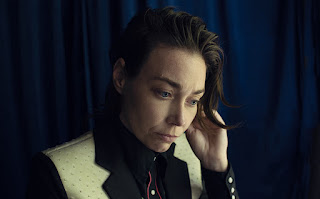 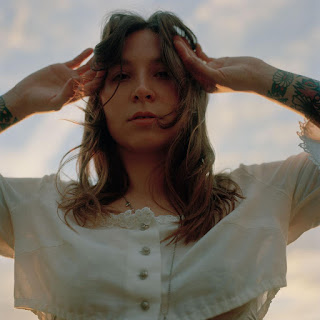 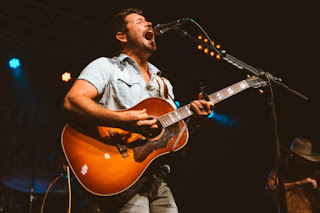 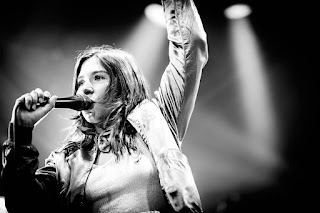