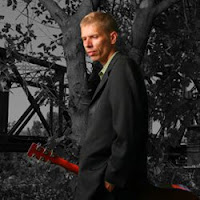 Some prime debuts this week from a couple Big Names.  The first peek at Justin Townes Earle's forthcoming album.  A look at Darrell Scott's fine Long Ride Home.  Even a stellar single from Virginia's Sons of Bill.  So what do I focus on this week?  Chris Castle.

Who?  While he's apparently been a Nashville writer since his teen years, and has self-released a couple lo-fi albums, Last Bird Home marks Castle's first widely-available CD.  I could focus on the fact that it was recorded at Levon Helm's Woodstock, NY farm, or that his unreal band includes Larry Campbell, Garth Hudson and Tommy Ramone (?!).  But Chris Castle's quiet songs speak eloquently for themselves.  His words bring to mind Slaid Cleaves, Mando Saenz or Rod Picott;  smart and original with a sure way with a turn of phrase.  All this, and he looks like an awkward 15 year old (he's actually 35).

Incidentally, those rumors about me are true.  I'll be carrying a couple new hours in addition to my usual R&B.  From 10am-12 noon on Thursdays I'll be doing a Morning Mix of roots and indie musics.  Stream me live online at http://www.krfcfm.org