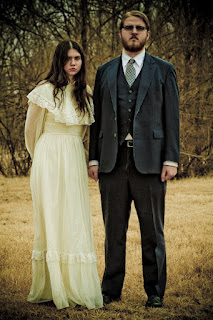 I generally like my music thick, boasting plentiful instrumentation and enough production to keep things sounding professional.  I'll leave the unaccompanied banjo reveries and field hollers to other programs.   Having said that, this week we welcome into the fold two new releases that buck that trend.

I've been a fan of Kelly Joe Phelps since I was a longhaired young man, watching another longhaired young man play at a small coffeehouse in Oregon.  Years later, we're both sporting less hair and KJP has established himself as a stellar guitarist and vocalist with pans in the blues, gospel and folk fires.  His new release marks a bit of a departure for him, featuring just his voice and his guitar.  Whereas Phelps typically plays in a lap steel style, on Brother Sinner & the Whale, he alternates between bottleneck slide and finger picking.  The album favors a decidedly gospel flavor, with songs inspired by the Bible's Book of Jonah.

Like the Handsome Family, the Driftwood Singers look and sound like they just wandered out of a rural 1930s church service.  Pearl Charles and Kris Hutson's debut EP from 2010 was actually recorded on a walkman, after the duo encountered studio after studio that wanted to polish up their DIY sound.  While things have progressed on their first full length album, their harmonies are close, but never perfect, like Freakwater on a good day.  They allow room for haunting pedal steel, brushed percussion and other basic instrumentation, but keep the focus on their mesmerizing voices.  The obvious comparison here is Gillian Welch and David Rawlings, though that duo has never sounded so raw, at the same time world-weary and naive.