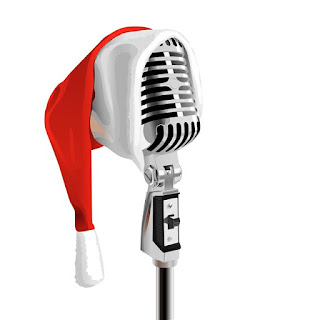 I was going back through my Christmas show playlists for the past five years the other day, making sure I wouldn't have too many duplicates with this year's Episode.  I was also revisiting the song choices my children had made, joining me each year for my all holiday broadcast.  My youngest, Gabriel, has always shown good taste, selecting songs from Bela Fleck, Elvis Presley and even Spyro Gyra.  This year, Gabe shredded some Gary Hoey.  My oldest son Logan is the one who tends towards guitar bombast, having played two consecutive year's worth of Trans-Siberian Orchestra.  Logan warmed my heart this Episode with the Pogues' "Fairytale of New York".  My daughter Madeleine is away at college this year, but was able to make a "long distance dedication" with a nod to classic Christmas in Leroy Anderson's "Sleigh Ride".  This after years of classic rock offerings, including Queen and Bowie & Bing.  In all truth, I began inviting the kids to the studio years ago in hopes of assuaging my guilt about spending Christmas away from home.  Then I realized it had developed into a holiday tradition that they really valued.  This year, it has occurred to me that it wouldn't be the same R&B Christmas show for me without my kids in tow.

Again this year, I spent far too many hours searching the web for new americana, alt.country and roots music holiday songs.  I was rewarded generously with some quality tracks, including new stuff from Samantha Crain, Chuck Mead, Farewell Drifters, Ronnie Fauss and HoneyHoney.  BR5-49's cut came giftwrapped on one of 2012's best compilations, An East Nashville Christmas.  Bonnie "Prince" Billy wins the award for bleakest offering with an honestly beautiful take on an Everly Brothers song.  But my selection for the show's best new Christmas track goes to JD McPherson's "Twinkle (Little Christmas Lights)", which could just wiggle its way into my setlist for years to come.

Finally, the one track I never mind repeating is the one with which I've closed my Christmas show for the past several years:  Steve Earle and Allison Moorer's "Nothing But a Child".  In order to highlight its brilliance, I cleverly preceded it with one of the least tasteful (but funkiest) contemporary carols I've ever played.  Yes, it's from an album aptly titled Horny Holidays.  Thank goodness my kids are already too old and jaded to be shocked by this development ...  Nevertheless, the Earle family cut always puts a sturdy but rustic bow atop an Episode that I look forward to every year.

Next week, I'll be going solo once again for my yearly favorite albums show.  And please recall the two upcoming installments of my Thursday Morning Mix wherein I'll debut my favorite TMM music (Dec 27) and my selections for the year's finest Colorado music (Jan 3).