On a day when the entire listening area and beyond was reeling in the aftermath of unprecedented flooding, it seemed almost silly to show up.  Just a block away from the flooded Left Hand Creek, I had already been evacuated for a couple days, relocating the R&B HQ to Holiday Inn Express, Room 209, with my wife, two teen boys and two dogs in tow.  Nevertheless, I was able to pick my way from street to rain-soaked street towards KRFC in Fort Collins. 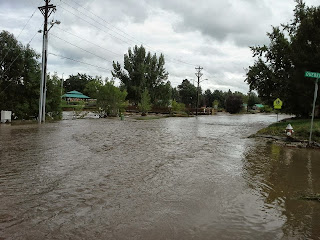 As it turns out, the power to my house was soon restored, and as streets flowing like a river evolved into streets caked thick with mud, life has gradually, mercifully been returned to normal-ish.  Aside from some roof damage, the R&B HQ survived the wrath admirably, though it will be months into years before the larger Longmont Metro Area is fully restored.

In the meantime, I managed to navigate an entire Episode with nary a song about mighty floods or rainfall.  I did, however, introduce the new album from England's Danny & the Champions of the World.  While frontman Danny George Wilson has issued nearly a dozen albums (as a solo artist, with Grand Drive, and with the Champs), his work remains sorely unknown in the states.  Stay True is a muscular blast of soulful roots rock, as recognizably British as a Nick Lowe record, but as tightly soulful as Dan Penn's Muscle Shoals sound.  Songs like the tremendous "(Never Stop Building) That Old Space Rocket" boast a full horn section, but also allow for some sweet pedal steel from Melvin Duffy.  Pieces such as "Other Days" and "Talking About the Weather" strike that same balance, with banjo and mandolin sharing the grooves with sax and trumpet.  Stay True trades in a similar sort of storybook romanticism as 1950's rock-n-soul, with Mr Wilson serving as a very capable belter (see "Stop Thief").  It's fitting that on the aforementioned "Space Rocket" Wilson tells the story of a transformative trip with his father to see the Fabulous Thunderbirds.  Seems the young man might've taken home some pointers.  Here's hoping Danny & the Champions of the World find a much deserved foothold in the U.S. market. 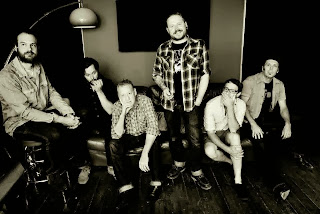