Anybody up for a debut ... or eleven?  From Supersuckers gettin' their Social D' on, to Drive-by Truckers on a song inspired by Willy Vlautin's new novel (The Free, by the frontman for Richmond Fontaine).  You have the very first Les Claypool sighting on R&B, and a curious but satisfying Portland-centric tribute to George Jones.  Hardly a comfy jaunt thru your americana hits. 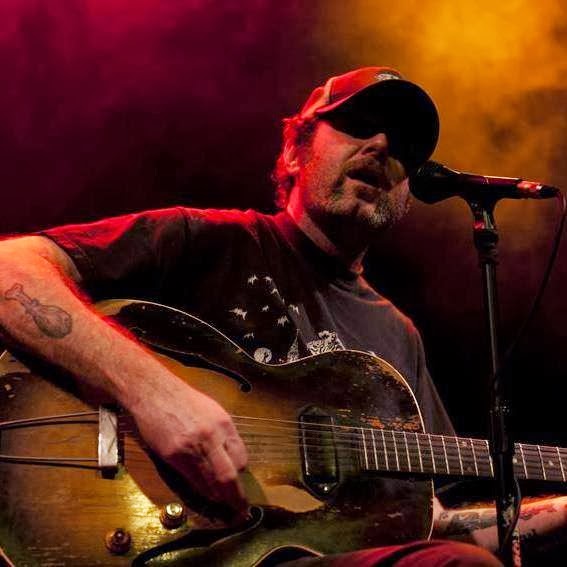 Back in October, I paid some praise to Possessed By Paul James' excellent There Will Be Nights, noting that it marked somewhat of an evolution in sound for Konrad Wert.  Now another "Dirty Old One Man Band" has taken some impressive strides.  To be honest, Scott H. Biram's last couple albums have pointed in this direction, moving from actual lo-fi recordings of an actual one man band to a studio recording designed to sound like a lo-fi recording of an actual one man band.  Biram has also grown into a more consistent writer over the years.  While listeners might fear that a less dangerous Biram is a less genuine Biram, one listen to Nothin' But Blood's take on Mance Lipscomb's firey "Alcohol Blues" may put those fears to rest.  As Shooter Jennings and Hank III have taught us, all naughtiness all the time will eventually come across as disingenuous.  That's why it's good to see Biram varying his palette a bit, adding some nuance on songs like "Never Comin' Home" or "Nam Weed".  While he's regularly flirted with elements of gospel, Nothin' But Blood is largely a document of a full fledged battle for Biram's dirty old soul.  The record actually closes with a trio of "gospel bonus tracks", including an acapella rendering of "Amazing Grace".  The album lives in the balance between Saturday night and Sunday morning, with the former having the upper hand.