This Episode marks possibly the first time in my radio history that I didn't debut a new CD.  Lots of forthcoming stuff we're just getting to know (Lucinda Williams, Pine Hill Haints, Holy Ghost Electric Show), but nothing I've not at least dipped into before.  Still, I stand back and admire it, like a man who has just mowed his lawn might admire his fresh cut grass, and I like what I see.  This week, I moved my entire collection of americana music onto some roomier new shelves in the basement.  Just being able to alphabetize everything, to touch every CD, I came across some great stuff I'll be sharing over the next couple weeks. 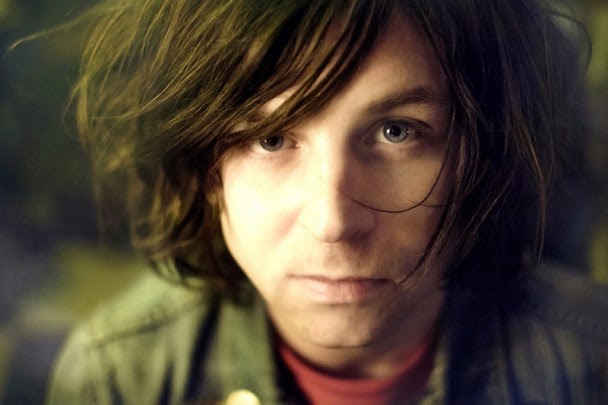 In the meantime, let's talk Ryan Adams, probably the patron saint of Routes & Branches, at least in terms of contemporary artists.  Since his unsurpassable 2000 solo debut,  Heartbreaker, it seems he has spent his career trying on new personae.  From Gold's blue jean rocker to his Grateful Dead period with the Cardinals, most notably on the double CD Cold Roses.  He's been an enfant terrible, a punk, a casualty and Pitchfork's favorite whipping boy.  Finally, with his new self titled album, Ryan Adams might be settling down to be ... Ryan Adams.  To be fair, this period probably began with 2011's Ashes & Fire, a record that came across as so effortless, so unpretentious some wrongly wrote it off as simply a dull collection.  A notoriously prolific writer, Adams can be a peerless lyricist at his best moments.  Remarkably, however, both Ashes and this new CD abandon any verbal dazzle and simply embrace the vernacular.  "Nothing much left in the tank / Somehow this thing still drives / Like it forgot what it needed."  A+ for imagery, but a far cry from Be my winding wheel.  Which isn't by any means to complain, but rather to celebrate a Ryan Adams who is seemingly comfortable and confident in his musical skin.  Songs like "Tired of Giving Up" simmer, but even the roots pop gem "Gimme Something Good" takes its sweet time rising to an indelible chorus.  Who knows if reported domestic bliss or relative health have brought Adams happiness:  "There ain't no one inside / Staring through the screen / Looking back at my fucking life"  Who knows.  Lines can be drawn between distinct stages in his career.  For now, this stuff is sweet.  Like Ashes & Fire, it is effortless.