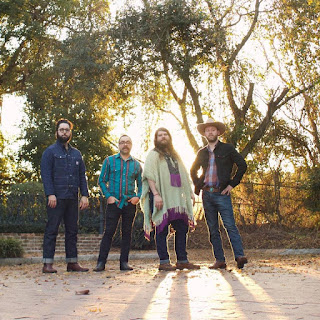 All of a sudden I'm purchasing vinyl again.  When I was a young music lover, I would buy LPs with just about every allowance (plus a few Marvel comics).  When I left for college, I took a couple hundred records with me.  Demonstrating award-worthy judgment, that year I traded in nearly every album for money to buy cassette tapes.  As an absolute dead end investment, I believe most of those cassettes are still boxed in the cold dark garage.  As my kids grow older, they've each been fascinated with these big black CDs.  My daughter has more John Entwistle and Ringo Starr vinyl than your stoner uncle, and my youngest son is apparently keeping Eminem in business with his LP purchases.  Whenever I take him to the local stores (try Twist & Shout in Denver), I'll pick up something.  This is stuff for which I already have CDs or MP3s, and I can stream every single one of them online.  Just yesterday I invested in a copy of Townes Van Zandt's classic Live at the Old Quarter, Houston, Texas - I wouldn't have spent money for this if it had been available in CD format (or cassette).  I don't buy other peoples' used and stinky stuff, albums that bear their teeth marks or gatefold sleeves that are hanging on by a tiny string of cardboard.  So each purchase means I'm out around $25 dollars or more for something I can't use for my ROUTES-cast, something I have to get up and turn over after five or six songs.  The sound quality is questionable, and I can't listen to it at the coffee shop while I'm preparing my blog.  Still, it appeals to the materialist in me, the guy who loves to run his fingernail along the plastic wrap, remove the LP and set the needle to play.

Sometimes the better a band gets the more direct their music becomes.  With increased confidence, there is less pressure to earn one's stripes by dancing around a musical point.  While Gran Pavo Real (Ropeadope, Mar 30) is only Great Peacock's second full-length, the collection reveals an evolution and a sure-footedness to the songs of Andrew Nelson and Blount Floyd.

2015's Making Ghosts was one of my favorite records for that year.  Songs like "Broken Hearted Fool" and the title track struck a perfect chord, working with an americana sound that was decidedly Southern and richly melodic.  Those qualities are most readily on display with new tracks like "Hideaway" and "One Way Ticket".  The former features both some great guitar and a bit of classic organ thrown in for great measure.  "Ticket" offers a quieter ride, built on a fine vocal and a memorable chorus:  I'm a rolling stone / Yeah, I can't sit still / I'm a one-way ticket, headed straight down hill / I'm a back row Baptist with stories to tell / Got a one-way ticket to keep me out of hell.  This is classic Southern americana, very well played and as praiseworthy as anything else that's been released this year.

Even while striking these familiar notes, Gran Pavo Real finds the Nashville quartet embracing more of the region's blues and gospel influence.  "Heartbreak Comin' Down" is a piano-driven blues number, with a blazing Blount Floyd guitar solo.  "Rattlesnake" adds a rocking swagger, punctuated by bursts of guitar and a soaring chorus.  Both "Take Me Down" and "Oh Deep Water" are darker, gospel tinged tracks.

Rock 'n roll isn't advanced algebra, and artists like Ryan Adams and Justin Townes Earle are masters at pushing aside the pretension and simply playing a good song.  On pieces like "Miss You Honey", Great Peacock lean in that direction, taking the shortest line from the song through the ears and into the heart.  Gran Pavo Real strengthens the band's game by both paring back and by drawing from a deeper musical well.