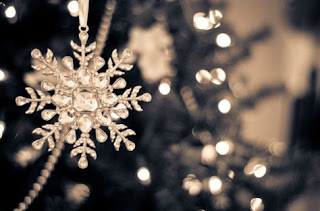 So much Christmas.  So many jingle.  This year Routes & Branches shoehorns a full thirty holiday-themed songs into your stocking, most new to 2018 and all suitable for playing throughout your Christmas week(s).  It's the only way we've ever been especially good at the Santa thing, especially seeing as our three kids (now each a variation on grown) all gave up on the Man With the Bag before they turned seven.  I believe I held on tight until I was thirty, least as far as my parents were concerned.

This year brings us freshly wrapped, brightly bowed new stuff from folks like Phoebe Bridgers, Left Arm Tan and Wade Bowen.  Shinyribs drops a last-second full-length gift idea, and the legendary garage rocker Mitch Ryder covers both the Sonics and Stevie Wonder for the children's holiday delight.  Because Christmas is all about tradition, we reach into the far dusty corners of the basement to regift reverent carols from El Vez and Lightnin' Hopkins, and good god it's all our kind of music!

We wanted you to open this generous and heartfelt gift a little early this year, just in case you needed to return it.  Also, dropping the thing as originally planned on Christmas Eve wouldn't give you a whole lot of time to let it spin on repeat.  Not sure what we'll plan for our ROUTES-cast on the 24th, but good new stuff keeps getting released as we careen towards the New Year, so perhaps we'll just let loose another Episode bursting with those forthcoming gems.

Though it's been said many times many ways ... raise a glass of whatever to the great spirit of music discovery.  We direct a holiday card to all the artists who have sent fans our way.  We linger uncomfortably 'neath the mistletoe with the promoters and labels who value what we do here at R&B HQ, sending stuff our way to preview and to share.  We snuggle close together like two birds of a feather with other like-minded bloggers who include Routes & Branches among their links.  But most of all, we stare in wonder at the vast winter night sky with you, the listener and music lover who make a point to visit us on a regular basis, you who have told a trusted friend about your discovery, and all of you who share our passion for music that matters.  For you: This ROUTES-cast.