One month about down, just eleven more to go!  This time every month, we tag five (or so) releases from the past four (or so) weeks that especially stood out for us.  We call it: 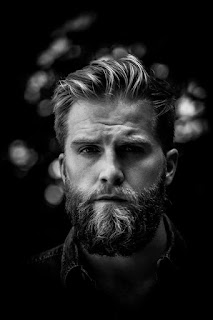 In order of appearance, of course.  For February, I've already had the pleasure of previewing new stuff in its entirety from Yola, Reed Foehl and the Vandoliers.  We've also shared a couple songs from projects by JS Ondara, Blank Range, Mercury Rev and Ryan Bingham.

Also due next month is the recording debut of Charles Wesley Godwin, Seneca (Feb 15).


Like most music bloggers who write about Appalachia, I’ve never knowingly been there.  We can throw words around, but even if we’ve heard the music most of us have only a romantic notion of what life in the area is like.  Charles Wesley Godwin may shine some light, having come of age in West Virginia.  On his debut record, Seneca, he sings of working-class survival, of generations of miners, of subsistence.  Far from fixating on the hardscrabble elements of Appalachian culture, he also portrays the region's values, its traditions and its people.  His people.  After chasing a dream in college sports, Godwin happened upon a facility with music during a study abroad trip to Estonia.  Early efforts in bands like Vandalia and Union Sound Treaty provided him the opportunity to tour and to write, leading finally to this moment that finds Godwin the subject of a great amount of buzz, poised to release his solo debut.

Seneca shines, its pitch perfect production balancing traditional sounds with a more contemporary approach to arrangements.  For every moment of fiddle or flatpicking, there is hammered percussion or layered backing vocals.  The acoustic folk ballad "Half a Heart" segues into "Hardwood Floors", with its insistent beat and confident full-band blitz.  "Coal Country" features fiddle and piano in support of a beautiful melody addressing the vein of coal which runs from generation to generation as both a blessing and a burden:  It put a roof over my head / And armor on the tanks in Normandy / The light shone bright in the hands of its care / From the Western skies to Washington DC / Now it lies broken, high and cold / In its grave of Appalachian stone.

These are stories that have been told before, passed across generations by artists like Jean Ritchie and AC Carter.  Like Tyler Childers or Colter Wall (further north, of course), Charles Wesley Godwin adds his voice to history's chorus.  On another trad track, "Seneca Creek", fiddle and pedal steel accompany the story of a family whose roots run deep in the Appalachian soil:  Let's build a home by Seneca Creek / And raise ourselves a family / I'll work on the farm, you'll work the store / We'll have everything we'd ever want for.

Godwin's voice is a familiar and classic instrument, sturdy and resonant with a strong shot of vibrato.  It brings to mind stentorian singers in the tradition of Stan Rogers or Gordon Lightfoot.  On "Hardwood Floors", that voice exceeds those boundaries, soaring and dipping as it keeps pace with the racing rhythms.  "Shrinks and Pills" allows him another more contemporary moment, a country-soul number about making a living doing what we love:  I ain't no good with hammers and nails / But these songs save a fortune on shrinks and pills.

Roots deep in tradition, Charles Wesley Godwin is never musically beholden to what's come before.  On "(Windmill) Keep On Turning", he builds a fiery rocker atop harmonica and guitar squall.  To his credit as a writer, he tells a great story but never neglects his own role in carrying it all forward.  Godwin honors that tradition while also avoiding the stereotypes and tropes that can mire a lesser artist.  As a result, the songs of Seneca are both timebound and timeless:  I'll sell my craft for half its price / To city folk passing by / In a covered shack by the side of the road / With a cardboard furniture sign.

This week brings us our first glimpse into Over the Rhine's March project.  We also add two songs to our experience of Mercury Rev's forthcoming tribute to Bobbie Gentry.  Ryan Adams brings us his first cut from his first of three promised records for 2019, and we poke a little further into pending projects from Robert Ellis, Lonesome Shack, Hayes Carll and many more.