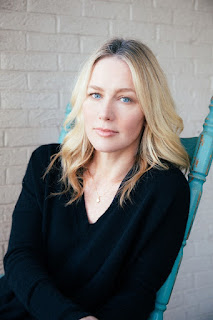 Round about this time last year, we took a look at Jeff Tweedy's WARM record, alongside his excellent memoir, Let's Go (So We Can Get Back).  Longtime R&Bers will know that literature holds as high a place as music in my life, and I have a warm room in my heart for books about music.  It's the rare music memoir that earns its stripes as a literary work.  Off the top of my head, Patti Smith's done it a few times.  Rosanne Cash and Rodney Crowell have both exceeded expectations.  Elvis Costello, Levon Helm's This Wheel's On Fire.  Please add to this shortlist Allison Moorer, whose Blood is an eloquent exploration of the legacy of family violence.

Similar to Tweedy, Moorer has simultaneously released a companion record of sorts, a testimony to her skills as a writer of songs.  Music is a recurring, bonding and defining presence throughout her memoir, most specifically the classic country that was shared during family gatherings and that she breathed like the heavy air of her deep South Alabama home.  While she was warmly embraced by the Nashville establishment as a very young artist, Moorer hasn't released a proper country project at least since the early 'oughts. Her records are typically introverted, often "dark" and rarely upbeat.  Gifted with a voice that conveys volumes of emotion, she's built a career of telling her story.

And that story is a notorious one.  As told in the book, Allison Moorer and her sister Shelby Lynne were raised by an abusive, alcoholic father who would eventually take his own life and that of their mother.  Blood isn't a tell-all or a whodunnit.  Shared in short chapters like a catalog of snapshots, an inventory of memories, it's as much about what happened as it is about a survivor's struggles processing it all.  Digging through her father's briefcase.  Requesting and poring over her parents' autopsy reports.  Moorer writes of her father: Am I to believe he had a tender heart buried underneath the misery he showed the world so much of the time? Of course I am. Of course I do. (p5)

I listened to Blood, the album, a couple times prior to reading the memoir, then several times after setting the book down.  Especially in the wake of Moorer's story, the songs can be haunting and heartbreaking, beautiful and intimate.  Like just about every other one of her releases.  Allison Moorer writes with a sharp unsparing pen, paring out superfluous words and passages until all that shines through is pure and honest.  "Bad Weather" opens the album: Crazy girl in my speakers / Moaning 'bout her man / Trying to sound like Kathleen Edwards / But trying don't mean that she can.  Her voice rings throughout the new collection, an expressive instrument that needs little accompaniment or studio support.  Alongside producer Kenny Greenberg, she's built the album of her career.

As with just about any Allison Moorer record, there are just a couple more rocking tracks.  "Rock and the Hill" is a gospel tinged number, delivering the simple but haunting refrain: Why?  Drums like stomping feet propel "All I Wanted (Thanks Anyway)", a heavier rock 'n soul cut that reminds us how the singer draws as much from country as she does soul.  But most of the songs on Blood speak more directly to what Moorer has termed hillbilly Stockholm syndrome, a strain of PTSD that has assured her family stories are as present today as they've ever been.  In the book, she writes: Our story is made up of memories just like the story of every family. Some are good, some are bad. Some make me break out in a sweat and my head spin even today, even though they have all of those years on them. (p148)

The line between the story and Moorer's songs is seamless, never seeming heavy-handed or unnecessarily literal.  On "Cold Cold Earth" she turns her family's story into an Appalachian death ballad: Everyone was sleeping under an August moon / Except one man that sat awake, slowly going mad.  The gorgeous "Nightlight" serves as a lullaby, seemingly in tribute to the bond she shares with "Sissy".  Moorer gives cowriting credit to her father Franklin on the sad and bluesy ballad, "I'm the One To Blame".  Blood is a concept album, though for those who haven't yet read the book it stands sturdily as a collection of worthy songs.  As the title suggests, the prevalent thread addresses inheritance, what's carried forward from generation to generation.  On the standout "Ties That Bind": Why do I carry what isn't mine / Can I take the good and leave the rest behind.  The author Moorer states it more succinctly: Does our blood make us who we are? (p150)

Regarded as a piece, Allison Moorer's CD and book stand as the year's most impactful, emotionally resonant statement.  I haven't felt a book so deeply since Joan Didion's memoirs about the passing of her husband and daughter (Year of Magical Thinking and Blue Nights - read 'em and weep).  Blood is a glimpse into a raw wound, a lovestory written to a family that Moorer both adores and resents.  The lifelong fury she directs at her father is tempered only by her aching desire to understand him.  Most striking is the range of real emotion she demonstrates towards her mother and father, the insoluble brew of love and guilt and hatred and pity that she carries to this day.  It's a project that is fraught with feelings that are difficult to bear, especially for listeners or readers for whom the topics land close to home.  But it's what matters about books and music, finding commonality and unexpected understanding, discovering a mirror to hold up to better comprehend who we are.  And then sharing it with one another.  Look what I've found ...


Magic churns around everywhere and it can be harnessed with the right tools ... To see an artist in her full glory renders the world bearable.  (p255)

This week we inaugurated new stuff into A Routes & Branches Guide To Feeding Your Monster from Merge Records, who has debuted a new holidayish collection featuring Fruit Bats, Hiss Golden Messenger, William Tyler and more.  We'll be ringing in the New Year to the tune of Jason Molina, as Secretly Canadian will be releasing Live at La Chapelle on January 1st.  Athens, Georgia's eclectic Futurebirds are setting January 15 for the introduction of Teamwork, just a scant few days before Pinegrove share Marigold.  British folk maverick Sam Lee will collaborate with Cooking Vinyl Records for a January 31 release of Old Wow, and that same day we'll welcome Dustbowl Revival's Is It You Is It Me.  Best Thing Ever this week is Maria McKee's declaration that she'll be returning with her first new recording in 13 years - La Vita Nuova is slated for March 13.