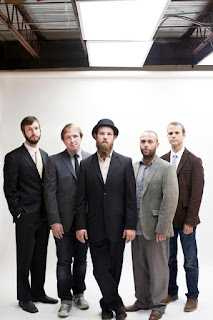 For those not in the know, those "D's" at the end of a song on my playlists denote an album debut.  There are more than a couple D's on this week's Episode.  I owe this to a couple things.  First, I'm coming out of several shows devoted to 2012 favorites lists, and some of these releases were issued during the time since my last non-holiday, non-favorites program.  Hence, the Kelly & Bruce, the Caitlin Rose and the Ted Russell Kamp.  Next, while I was assembling my own 2012 lists, I was also watching dozens of other blogs as they settled on their own choices.  Stuff like Andrew Combs and Roger Alan Wade came from that pile.

But a full 4 of those ubiquitous D's come from the generous warehouses of This Is American Music, a fledgling label from the heart of the "deep dark dirty South".  I don't know of another small indie label that had a more impressive 2012 with regards to the consistency of their releases.  We actually met former 400 Unit guitarist/artist Browan Lollar before the holiday hoo-hah.  Joey Kneiser will be a familiar name to fellow fans of Murfreesboro, TN's own Glossary.  His 2nd solo effort begins in the sweet, soulful roots rock of his day band, but takes a somewhat darker turn in a more alt.country direction.  Both Some Dark Holler and Pollies first came to my attention via the year-end lists of a number of other bloggers with great taste.

Of course, I'm open to playing anything.  I'll never ignore an album because it was published by a big label (Dwight Yoakam, Steeldrivers), nor will I ever favor a record simply because it came from a garage somewhere in Alabama.  I just share music that I enjoy on R&B, and TIAM happened to send me a big ol' package of that for this week's Episode.