First off, regular R&B listeners are probably familiar with Andy D and Tarnation, the program which follows mine on KRFC.  Andy puts together a tremendous show, sometimes overlapping with R&B, always complimentary in terms of what we spin.  Hope you were able to hang with Tarnation after this Episode, when Andy was joined for a full two hours by Denver's own Reno Divorce.  On the heels of their Lovers Leap album, the band played several songs in studio as well as talking music, inspiration and life on the road.  It also didn't hurt that Andy was hopped up on 'roids for his bronchitis.  Some of the finest radio I've heard in my years on KRFC.

Back to my own show, we enjoyed our first taste of Steve Earle's new album with his Dukes & Duchesses, spinning the only cut on the disc featuring profanity ... We also indulged further in Caitlin Rose's new Stand-In, boasting some cowrites with Gary Louris.  Her debut landed near the top of my 2011 favorites list.  From Brooklyn, Annie Keating reminds me of a hybrid of Mary Gauthier and Marshall Chapman, with the grace and grit of the former and the latter's ability to rock when the situation merits. 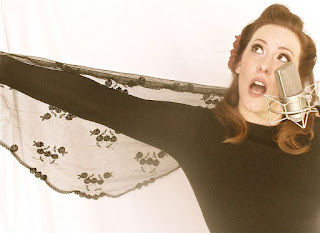 Finally, why didn't anyone tell me about Rebekah Pulley's TraLaLa?!  I check out playlists and blogs aplenty, but had seen no mention of the record that was released in November. Pulley came of age in Alaska, but fled to Tampa as a young woman.  For full disclosure, I'll mention that I passed on her 2008 Back To Boogaloo album, though a more perceptive programmer yanked it from the discard bin and gave it a new home on the station's shelves.  I'll have to listen to that album in my newly enlightened state, since this new collection seems such a strong effort, recalling Shelby Lynne here, Jolie Holland there.  Pulley herself wields guitar, accordion and piano, backed by her Reluctant Prophets who can range from soulful horns to honkytonk abandon.  She's also an exceptional lyricist.  From "Spin":  Historians / Looking back into the past / Hoping that time / Will make a lesson that lasts / And the mathematicians / Counting on fingers / Adding up the chaos / With prime and real integers / But you are just a boy / And I am just a girl / And somehow we manage / To stick to a spinning world".

Where did Andy get his meds? Perhaps other programmers should take his lead!