It was tremendous to see such a strong response to KRFC's 10th Annual Birthday Bash Saturday evening.  Sure, the music was cool and the food was unreal (please, try the scallop kabobs), but the night was made all the more memorable by all the folks who approached me to tell me how much they valued my shows.  A great community! 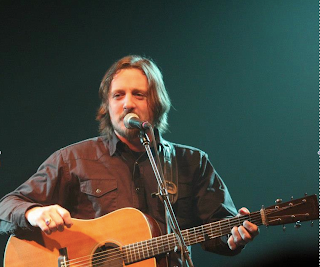 There are a couple coworkers who badger me about the frequency with which I declare something as among my favorites.  My response to this is tempered with regards to one of those individuals who claims he hasn't heard a good CD since Emerson Lake & Palmer closed their mighty doors for business.  In my defense, I would estimate that I preview more than a dozen CDs every week, listening to most from the first to last note.  You mathematical types might extrapolate that this equates to no fewer than 50 albums per month and

This week's Best Thing Ever hails from Sturgill Simpson, previously the frontman for Sunday Valley.  With the band, Simpson skewed things in more of an electric direction, earning a good amount of critical praise before departures took a toll on the band.  With this new band, his attention has turned towards a genuine country sound.  In the Saving Country Music blog, Simpson is quoted thusly:  "I am attempting to make what I believe to be the purest, most uncompromising Hard Country album anyone has heard in 30 years.  And it will be an effort to revitalize the neo-traditional movement spearheaded by two of my idols and fellow Kentuckians (Skaggs & Whitley) back in the 80′s."  It certainly doesn't weaken this commitment that High Top Mountain finds him fronting a dream band featuring vets like Hargus "Pig" Robbins and Robby Turner.  There is certainly a purity to these tunes, all but 2 originals, boasting such a classic country sound that it seems unnecessary to compromise by calling it "hard" "outlaw" or "alt" country.

I admit that it's rare that an album "grows" on me.  Typically, I fall for something immediately, and that sentiment either waxes or wanes with repeated spins.  Would it be premature to declare Sturgill Simpson's solo debut one of the most important country albums in years?  Probably, yes.  Having said that, I've reserved a spot on my year-end favorites list for High Top Mountain.  Mock me at your own risk!