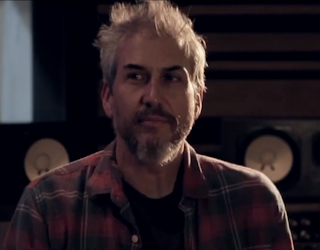 With his flat, deadpan delivery and his rotating cast of collaborators, Tucson's Howe Gelb is one of contemporary music's true outsiders.  Gelb's Giant Sand has boasted members who eventually landed in Dream Syndicate, Calexico and Poi Dog Pondering, as well as guest spots from Neko Case, Vic Chesnutt and M Ward.  This is not even to mention his Band of Blackie Ranchette.  While Gelb's many albums were occasionally released by notable labels like Yep Roc and Restless, he issued most of the music himself.  So I'd be curious how his new The Coincidentalist record came to be released by our genre's biggest small label, New West?  Fortunately, Gelb still can't really sing, and he doesn't compromise his muse one bit for the big time.  He still composes dusky hymns to his beloved desert ("To embrace the heat / or just hibernate / Little tinfoil on the windows / works just great"), and draws as much from jazz in his guitar and piano playing as he does from rock and roots.  But, so help me, I was smitten way back when I first heard Gelb on Giant Sand's 1994 Ramp, and I've ridden with him down some pretty bumpy roads since.  He's had a busy couple months, releasing a collection of folk songs (Dust Bowl), as well as a "hits" retrospective (Plucklings), and he served as producer for KT Tunstall's bewitching Invisible Empire/Crescent Moon.  Here's the man himself as cited on the New West website:


“Most of the songs slip out of me in fragments when I’m alone in a hotel room on the road and I capture them like a fire fly. Stick em in the jar. Or little recording device. And then sometime later I spill em out to see what’s been collected ... In that process I’ve usually sputtered some incoherent lyrics on them to best illuminate the immediate idea of the song. Most of those lyrical fragments have no basis in what we consider reality. Only upon listening way later does the ear begin to make patterns of the words the way our eyes make patterns of random objects we see like stars or clouds.”