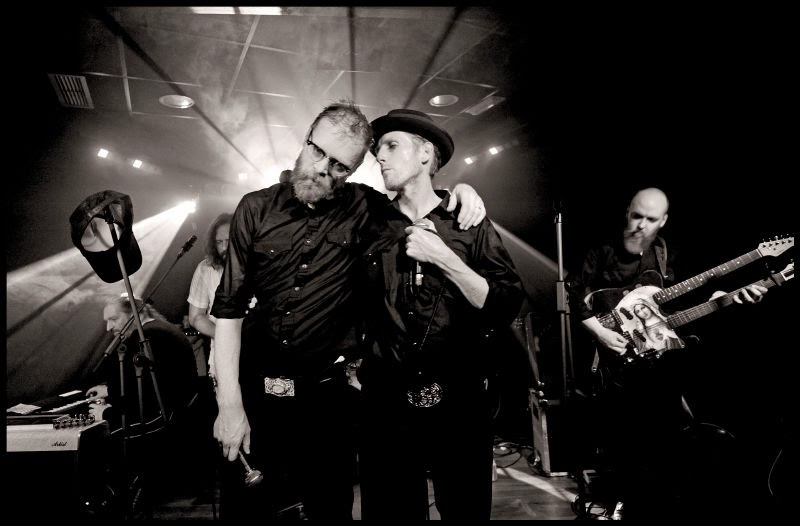 Yeah, it's only approaching March, and I don't tend to do this sort of thing on an official level for another 8 or 9 months, but I thought it might be interesting to collect my thoughts on my favorite releases for the first sixth of 2014.  No reason to hold me to these musings, since time will tell which enthusiasms settle and which slow burners might rise to the top.  Nevertheless ...

Last week I heaped my praises atop the new release from Hurray for the Riff Raff, and I'll continue in that general direction today.  Alynda Lee Segarra is one of the most interesting artists in our sort of music.  From another captivating woman, Lydia Loveless' Somewhere Else might boast one of the year's most boring titles, but her collection of acid tongued alt.country rockers strikes me as more mature and assured than her 2011 classic.  Laura Cantrell followed up a six year silence (not counting a stellar Kitty Wells tribute record) with a typically satisfying No Way There From Here.

From the crunchier side of the musical shelf, Water Liars didn't take long at all to follow up last year's underappreciated Wyoming.  Their self titled album proved to be another step forward for the rocking Mississippi trio.   Since their '98 debut, the ever evolving Marah have alternated between brilliant and frustrating.  Apparently, it took disappearing into a Pennsylvania Mountain town and updating a hundred year old song collection to put Dave Bielanko back on track.  Far West's 2011 debut seemed promising enough, albeit a derivative slice of SoCal alt.country.  This year's rocking, tuneful Any Day Now shatters that mold.  A definite statement that deserves consideration for the year's best.

My lists always balance the familiar with the obscure.  Among the former would be Rosanne Cash's remarkable River & the Thread.  More often than not, repeated listenings to these Big Americana Releases can dull their appeal.  Cash's last couple collections of original songs have escaped this trap.  Likewise, Todd Snider's new sandbox, Hard Working Americans, deserves its place atop the americana radio charts.  Never let the fact that it's a covers album blind you to the energy and punch behind the band's interpretations.  Snider seems temporarily reborn.

Robert Ellis and Doug Paisley are hardly "from out of nowhere" candidates, though their respective CDs are great examples of established artists who are continuing to develop.  Ellis' Lights From the Chemical Plant has gradually grown on me for its idiosyncratic lyrics and interesting arrangments.  Doug Paisley's Strong Feelings is an understated masterpiece.  Contributions from Garth Hudson and Mary Margaret O'Hara only add to the Canadian's songwriting mystique.

Parker Millsap's self titled record would qualify as my unexpected pleasure for the year to date.  He manages to balance the storytelling chops of Slaid Cleaves with the edge of an early Jimmy LaFave and some skewed humor by way of John Prine.

Incidentally, speaking of great things happening in 2014, my host station, KRFC, turns 11 this year.  It's an awkward time for a preteen, but a wonderful age for a radio station.  We'll celebrate the increasingly influential Northern Colorado cultural presence with our Steel Anniversary Birthday Bash on Saturday, March 29  at the Lincoln Center's Canyon West Ballroom.  While we draw from the state's deep pool of talent every year, this year's slate might be our best yet.  Slim Cessna's Auto Club will headline, with Young Ancients opening the show.  Tickets may be greedily consumed here.