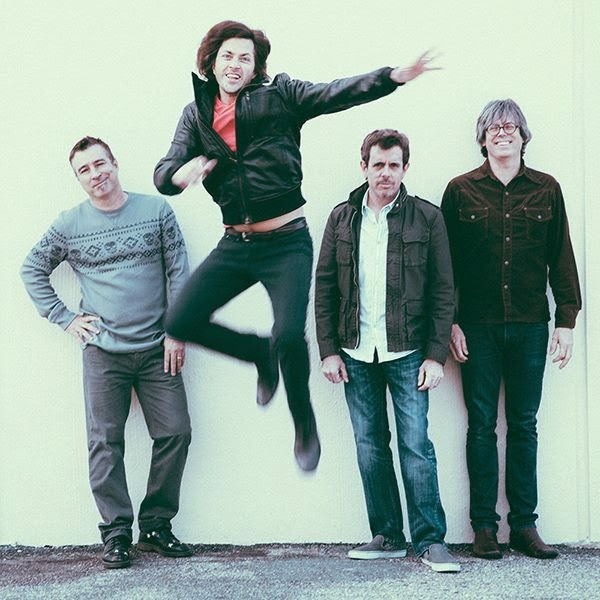 Okay, I've heard enough.  While I still lack a hard copy of Old 97s' Most Messed Up, I've cobbled together enough tunes to make an educated statement.  Thank #%& god for this @&?$ record! It may come as a surprise to some that I don't listen to much rap.  When I do tune into a rap radio station I always wonder how listeners can appreciate the music when so much of it can be censored as profanity, leaving the lyrics chopped and garbled.  Back in 2011when Lydia Loveless' classic Indestructible Machine was released in both "clean" and profane versions, I got a little taste of that medicine.  Now the Old 97s jump on the bandwagon with an album boasting no fewer than six wonderfully FCC unfriendly cuts.

In my review of Loveless' record, I celebrated the momentary return of an element of danger to the world of alt.country, citing early Old 97s as one of the hallmarks of that reckless era.  Remarkably, the quartet's lineup has remained constant since their '93 formation, though their music has drifted in a more mature and polished direction over the years.  Still, I've always been a fan, and last year's anniversary reissue of '97's Too Far To Care served to remind of of the glories of the band's more youthful, garage era noise.  My hopes were cautiously raised a couple months ago with Rhett Miller's promise that the Old 97s' next record would feature, "barnstorming, revved-up honky-tonk," characterized by, "a lot of cursing, just wheels-off insanity".  While there was some understandable hand-wringing about whether alt.country's reigning pretty boy could dirty things up a bit, the results are beyond reassuring.  Tracks like the raucous "Nashville" and the self explanatory "Let's Get Drunk and Get It On" wouldn't be terribly out of place on Hitchhike To Rhome, and "Longer Than You've Been Alive" trumps Todd Snider for sheer, messy self deprecation.  While I'm thrilled to have access to the "radio edits" of these masterpieces, I can't wait to get my ears on the original, untarnished songs, basking in the glory of good old fashioned rock 'n roll immaturity.

Great review of the Old 97's new one.

Also love that you played Chase Fifty Six's "Mary Jane." I flat out adore that tune.