I appreciate an artist who's unafraid of blank space.  Despite the fact that elementary art teachers instructed me that art is made by coloring all the way to the edges, sometimes it's the white spaces that define a piece. 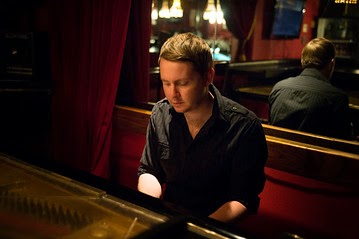 After a Grammy nomination and an Americana Music Association nod for 2012's From the Ground Up, John Fullbright certainly could've colored to the margins of his sophomore studio record.  He could have recruited an allstar producer and band, denied being an americana artist and aimed for the fences.  Instead, the Oklahoma writer pares many of his new songs near the bone.  "All That You Know" finds Fullbright's voice supported by only a wurlitzer, while on the self-referential "Write a Song" it's simply a man and his acoustic guitar.  Matter of fact, the record itself is simply called Songs:  a dozen understated pieces characterized by this economical spirit.  Because Fullbright spends much of his time at the keyboard, Songs has been likened to Randy Newman, who was also around 26 when he committed his own statement of musical purity, 12 Songs, to vinyl in 1970.  Whereas From the Ground Up featured a fair amount of biblical imagery, that's less prominent here.  Fullbright still makes room for lines like, "I don't believe in Jesus, I'm told he believes in me / And I think that's good / 'Cause it's a long hard climb / And I feel alright for the very first time".

This is about the time I usually stop caring.  Once an artist has achieved a wider following that even overflows the americana genre, I tend to be like a dog whose bone has lost its initial flavor.  I'll go sniffing off in search of the next juicy thing.  John Fullbright might prove to be an exception to this rule, as he follows his own muse whether the crowd is following or not.