Nominees were announced this week for the 2014 edition of the Americana Music Association Honors & Awards, to be held in September.  I spotlighted some of the recurring names on the list this week, folks like Isbell, Ellis and Cash.  Ellis, Simpson and Hurray for the Riff Raff received nods for the year's Emerging Artist.

I am a constant reader.  I tend to select my books based largely on the company they keep.  On what blog was the item recommended?  Which fellow authors contributed a blurb to the book jacket?  How does the cover look (no, you can't judge a book by its cover, but you can certainly make me pick it up), or smell?  I never ever read the jacket copy, nor do I tend to pay close attention to the detail of reviews.  I'd rather develop my own impressions as I progress through the book.  I don't care so much what it's about, I just want to enjoy the ride. 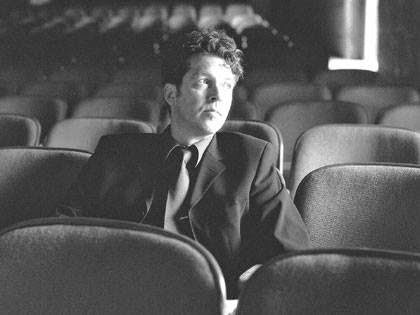 Joe Henry launches into his 13th album, Invisible Hours, dropping a stealth lyrical bomb:  "It wasn't peace I wanted / So it wasn't peace I found".  In the liner notes, he claims the record is a collection of "songs about marriage".  I had already taken several passes through the album, but this came as news to me.  Prior to reading his own intro, I could definitely tell that these were very personal tunes, pointing to moments of choice and of change.  Revisiting the lyrics, I suppose I could've guessed:  "Where a circus stands blazing / And steam engines brake and whine, / In a razed hobo jungle your lost and found wonder / Has risen and mixes with mine".  It's remarkable poetry, set to Henry's usual carnival of wheezing woodwinds, haphazard percussion and guitar.  It's become such a trademark, recognizable sound, one that Henry and his troupe have cultivated over the space of several exquisite records.  There is a dark, romantic eroticism to Henry's poetry as well, especially in pieces like "Lead Me On":  "This is my body / Already broken for thee  -- / The black coal at my soul not a diamond / But cracked open and free".  It's almost a shame (but  not really) that the carefully arranged music distracts from the words, which serve as far more than mere placeholders.

Having finished a book, I'll go back and read the jacket copy, now that I've enjoyed my own experience of the book.  With records like Joe Henry's Invisible Hours, there's a certain unveiling that takes place once I get around to taking a peek at the lyrics.  While I almost never read a book more than once, a trip through the lyrics sheet can trigger a secondary appreciation for the music.