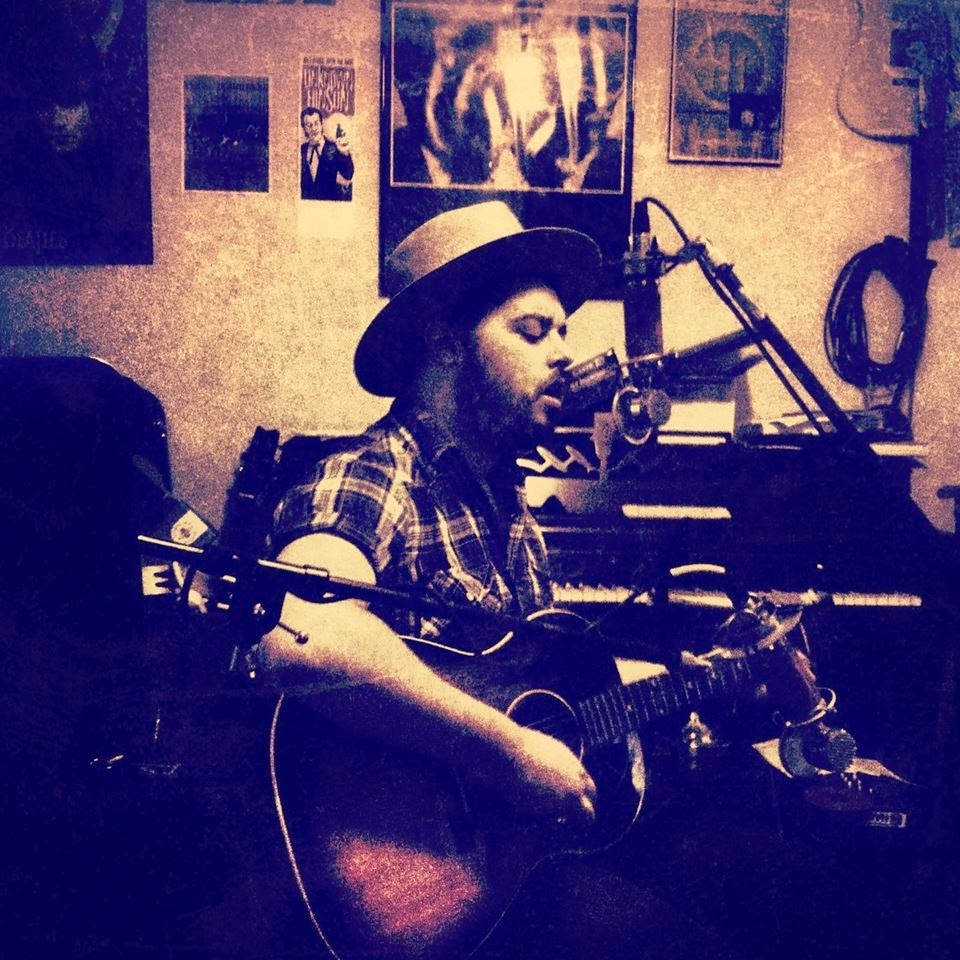 Commandeered the airwaves for a full three hours of R&B this week.  Along the way, we touched down on some eclectic new offerings from Colorado's own Calder's Revolvers and Gasoline Lollipops.  We gave ear service to a pair of new records released by Portland's Fluff & Gravy Records.  And did I tell you how much I appreciate the Delines' Colfax?  Thought so ...

But at the risk of giving two straight weeks of blog love to one lil' record label, I'll shine my brightest light upon Caleb Caudle's Paint Another Layer On My Heart (out on This Is American Music, natch).  These days, my habit is to preview an album from back to front, owning to a friend's remark that I tend to heavily favor songs from the first third of a CD.  In Caleb Caudle's case, this assured that I landed upon the beautiful ballad, "Come On October":  Come on October, make me a believer / Prove me wrong, take away my fear / Take me out back and throw me in the gravel / Ask me how did I end up here.  A heartrending arrangement of acoustic guitar, piano and just the perfect amount of pedal steel, with a fitting vocal performance by the songwriter.  It's a hard act to follow (which is probably why Caudle scheduled it for the finale of his collection).  This is apparently his sixth record, though it serves as my intro to the man's work.  I wasn't even fully aware of him before John Moreland passed thru Fort Collins with Caudle in tow.  I pay a good deal of attention to opening acts.  Like Moreland, Caudle's voice is expressive beyond expectations, thick with Southern tradition and capable of communicating grand emotion - insert "Missing Holidays" here:  Now I'm missing holidays / I'm leaving at all the wrong times / I'll make it up to you someday / Just give me some time.  Because of my upside-down listening, more upbeat stuff like "Bottles and Cans" and "Countdown" draw the record to a close on a relatively optimistic note.  These roots rockers swagger with a middle American charm to which the mainstream country types might want to pay attention.

I'm a sucker for a good label.  I expect great things upon opening a package from Bloodshot or Partisan or Secretly Canadian - a trust that leaves me open to real disappointment.  As previously affirmed, on the basis of a stellar run of releases, This Is American Music deserves to be counted as among the best:  Bonnie Whitmore, Hurray For the Riff Raff, Doc Feldman, Have Gun Will Travel, Fire Mountain.  And Caleb Caudle, however you chose to listen to him.