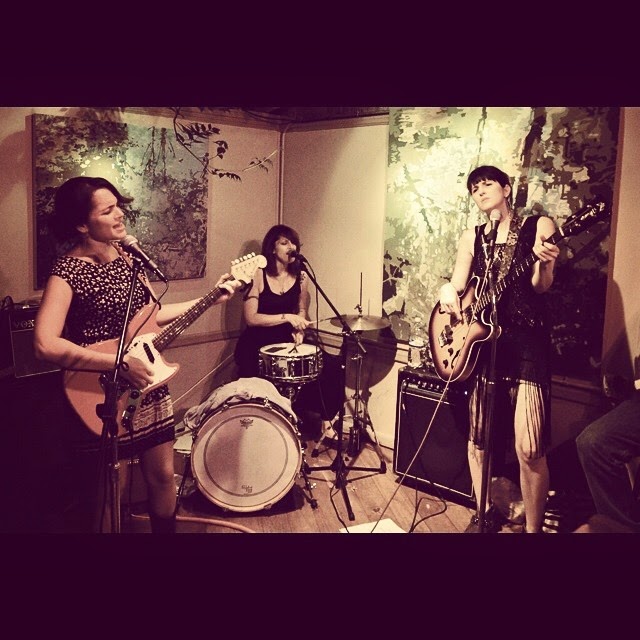 Yep.  I'm gonna write about Norah Jones.  Throw some John Hiatt in there, too.

Of course, Norah Jones burst on the music scene with a pair of massively successful piano lite-jazz records, Come Away With Me and Feels Like Home.  At that point, she could've very easily ridden the Adult Contemporary wave into great success, issuing album after album of perfectly safe stuff for grown ups drinking decaf after church on Sunday.  What she ended up doing was dabbling in the Great Musical Sandbox, and I admire her for it.  Her next pair of solo records, Not Too Late and The Fall failed to meet the expectations set by her early releases, evolving competently in a singer-songwriterly direction.  It was around this time that Jones released the first of her two Little Willies CDs, collaborating with her band of studio professionals on some light-hearted trad country covers.  2012 brought the better of the two Willies records, For the Good Times, as well as her most adventurous solo project, the relatively edgy pop of the underrated Little Broken Hearts.  Early this year, Norah Jones took the unusual step of collaborating with Green Day's Billie Joe Armstrong on a full record of Everly Brothers covers.  Today, we debut a fine project with Cardinals bassist Catherine Popper and songwriter Sasha Dobson, a country/americana collection under the moniker Puss N Boots. She has temporarily shelved the piano, favoring instead her guitar and the occasional fiddle. Arrangements are refreshingly spartan for such a high profile affair, and a handful of cuts are drawn from live concert recordings.

My point here is not necessarily to refute Norah Jones' rep as the most vanilla of artists (still, she's not) nor to hold her up as a cutting edge artist (cuz she's not).  What I admire most about Jones is that throughout her career she's treated the music industry as a sandbox for her flitting musical attentions.  I can name dozens of artists who are much more readily favored by music snobs (think John Hiatt, Richard Thompson, Bonnie Raitt for starters) who have successfully released the same album year after year after year.  And true, it's all Perfectly Fine Music.  I've actually enjoyed Hiatt's new Terms of My Surrender.  After several stabs at blues-ish roots music, he's slowly turned in somewhat of a more rock orientation, though to the surprise of absolutely nobody.  It's still immediately recognizable as Hiatt/Slingblade, almost to the point where we're tempted to overlook the fact that he's been writing some stellar songs since dinosaurs roamed the earth.  But Jones' welcome edge is in her refusal to take herself too seriously and coasting on her own coattails.

There. I talked about Norah Jones.  Also on this Episode, we celebrate the return of the Broken Singles-less Sarah Borges, and begin to poke at the polished new offering from Delta Spirit.  We take the new Ryan Adams single for a spin, and find out what's become of some Gourds following the departure of Kev Russell.  And then there's Alejandro Escovedo's new supergroup composed of fellow music industry vets of which your average listener hasn't heard.