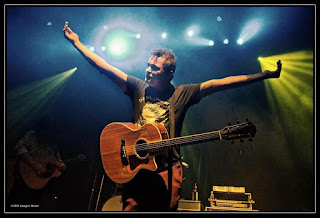 Give us thirty days and we'll find you at least five good records (insert trademark symbol here).  It wasn't especially easy to strip March down to just a couple standouts, but we know it's our job, so:

... and finally, because R&B is all about looking forward:


It still feels good (in order of appearance).  That last list features stuff we're looking forward to in the next couple months.  Only god knows how things will play out, but I look forward to finding out.  If you'd like to play along with our home game, just click on the link to your right (my left), A Routes & Branches Guide To Feeding Your Monster.  Updated daily, it'll keep you on the cool kids list into the foreseeable future.

Years ago, Radio Scott fell for a band from Boulder with the regrettable name Ego vs Id.  Via email, I threw myself at their feet in hopes of procuring their 2010 debut CD, Taste.  Alas, the band wasn't long for this world, and my affections went unrequited.  Forward just another year, heading home to the Greater Longmont Metro Area, sliding CD after CD into my car stereo I heard a familiar voice under a new name, driven by a new spirit.  I had a couple opportunities to meet and chat with The Yawpers, Nate Cook and guitarist Jessie Parmet, in the months to come, and enthusiastically championed Savage Blue (2011) and Capon Crusade (2012).  Not only had they landed on a far better band name, they had abandoned their comparatively tame singer-songwriter stuff for something far more wonderfully caustic, a fiery cocktail of punk, blues and rock.

While The Yawpers notoriously give themselves completely to their craft, they don't take themselves too seriously.  See, for example, their exemplary Spotify playlist, Shit We Steal From, or track down 2013's covers EP, Good Songs / Shitty Versions.  It takes smarts to pull off something so cavalier, and in interviews frontguy Nate Cook has demonstrated an intelligence and an edge that liberated his band from the crowded pit of Colorado Music and onto the national radar for 2015's Bloodshot Records debut, American Man.

For a follow-up, The Yawpers gave rein to their prog demons, releasing 2017's impressively unmarketable Boy in a Well.  At the service of a Dostoyevsky-worthy backstory, the concept album has actually aged well, leading fans like R&B to speculate as to the nature of their third Bloodshot record.  Turns out Human Question (April 19) sorta picks up the threads of American Man.

As The Yawpers' new CD spins to a close, we hear Nate Cook repeating, We're getting older now.  That's from "Where the Winters End", the album's unexpectedly earnest benediction:  May your mouth find every word / May your ecstasies be heard.  It's hardly the act's "emotionally fraught choogle" promised us by promotional materials ...

Those expectations are best realized in the album's first single, the anxiously driving "Child of Mercy".  Jessie Parmet's guitars erupt between verses, urging the song towards its explosive resolution.  It's the band's sonic trademark, Cook's breathless delivery, those thickly drawn guitar lines and primitive drums, a heavy rock mined from the well of dark blues.  Whereas American Man held court about the state of the nation, however, Cook has identified his new songs as a sort of therapy, taking stock of his own personal monsters.

I mean no discredit to these heavier moments.  The appeal of songs like "Dancing On My Knees" is undeniable.  Since those earliest recordings, The Yawpers have proven time and again their enviable ability to establish a quick and satisfying groove, a rewarding and bloodfilled vein that nourishes even as the band trips through time signatures and sonic left-turns.  Powered by buzzsaw guitars, the bluesy stop-start barrage of "Forgiveness Through Pain" leaves listeners smoking in its wake.  "Earn Your Heaven" is the sort of twisted burst of dirty garage rock on which Jon Spencer has built a career.

But don't pigeonhole The Yawpers.  Don't overlook the brief, soulful refrain that threatens to be trampled by Cook's repeated God damn! God damn!  That's right, The Yawpers inject these new pieces with a degree of soul not glimpsed on earlier sessions.  There's even a touch of garage psych-pop to songs like "Can't Wait", which adds xylophone to the mix, and a generally restrained vocal (at least 'til the end).  Similarly, the tuneful title cut with its shakers and steady marching drum, Cook explaining, Sounds that comfort and destroy / Is all we wanted from the noise.

The more solemn tunes land as an even more unexpected piece to the Human Question.  Cook's delivery is almost unrecognizable at first on the folky "Man As Ghost", and "Carry Me" is as hushed a moment as we've heard from the band.  It's a beautifully blues-tinged ballad, replete with sax, piano and a somewhat twisted doo-wop backing vocal.

I suppose the real secret is that The Yawpers have grown musically into a really solid outfit, no longer simply that trio that bashes away on their instruments.  Guitarist Jessie Parmet is a secret weapon throughout these new sessions, consistently creative and versatile in his expression.  While drummers have come and gone, Alex Koshak plays with nuance that might be seen as unnecessary in a band with less lofty intentions.  With his demons and his ghosts, Nate Cook has been accurately credited as the band's troubled enfant terrible.  In my review of American Man, I began with, "Something tells me that The Yawpers won't end well ..."  Nothing in Human Question points to any great peace that he might have achieved.  That said, Cook is as smart and deliberate a writer as we have in our kind of music, well-read and as steeped in his philosophers as he is in his rock knowledge (I would love to see him apply himself to a book-length novel or memoir someday).

Fact is, I love Human Question.  It's smart and indulgent and primal, and it simply rocks.  Previously miscast as a punk shouter, Cook should more accurately be recognized as a shrewd vocalist, capable of reining or unleashing his vocal beast as appropriate.  Songs like "Carry Me" peel things back enough to let some of this unexpected soul shine through.  While it's hard to call The Yawpers' new project a feel good album, it certainly feels good in all the right ways.

For the final release date of March, we're surprised with an unannounced instrumental collection from Phil Cook, as well as an EP that reworks some of Courtney Marie Andrews' most recent songs into intimate acoustic settings.  We'll also feature something next week from a new EP from Kasey Anderson and Hawks & Doves, also revisiting some familiar work.  Of course, Steve Earle pays tribute to his mentor Guy Clarke, and Son Volt considers a bit of a protest record with a folk bent.

New stuff has been added to our release calendar from bluesman Anders Osborne, Brad Byrd and the beautiful Bedouine.  We'll be anticipating a live project from Amanda Anne Platt and her Honeycutters in May, and a long awaited full-length from Hollis Brown in June.  And stay tuned next week for quality records from Drunken Prayer, Bohannons, Rod Melancon and more.  You can find it on our Spotify page.