A couple Episodes ago, we shared some year-end favorites lists from a few of our favorite artists.  I find these consistently enlightening, a quick glance behind the curtain at the stuff that might make an artist tick.  As luck would have it, we've got a couple additional contributors who have handed in their homework. 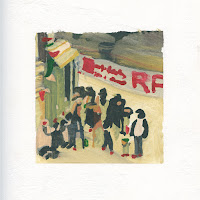 The enigmatic Mat Davidson of Twain made some beautiful noise in 2019.  Beginning the year by releasing a pair of EPs, he followed in November with the full-length Adventure (all on the really reliable Keeled Scales label).  Here's what's been fueling Mt. during these prolific months: 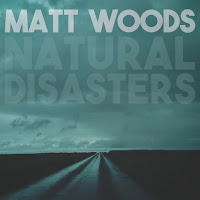 Matt Woods' Natural Disasters earned a place on both our favorite songs and albums list for 2019. The past year has seen Matt looking for musical fulfillment in heavier sounds and worthy writing:


I have definitely been enjoying the most recent release from our Florida pals Have Gun Will Travel, Strange Chemistry. They are bringing a more rock and roll vibe on this one. I have also been listening to the new Sturgill Simpson album which has also tapped into a more rocking vibe. I think a lot of folks have tapped into that lately, including myself. I have been getting my solid songwriter fix from the likes of John R Miller's new one, The Trouble You Follow, and Robert Ellis' Texas Piano Man. 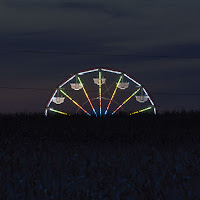 We reviewed Robbie Fulks' full-length labor-of-love, 16 back in the innocent days of early November.  In addition to a couple 2019 releases, Robbie provided what's definitely the most wide-ranging list we've shared to date.  While R&B is driven by new stuff, the spirit of musical discovery encompasses music from earlier years as well.  On any given 30-song ROUTES-cast, we'll feature 24 current tracks alongside a half-dozen songs from the past.  The search for these can be as rewarding as our neverending hunt for novelty.  Here's the list Robbie Fulks shared:


Recently, I was laying awake wondering what makes Kill County purveyors of such an original sound.  The Austin-based act (who I called one of the best kept secrets in our kind of music) issued Everything Must Die in August, their fourth full-length of uncompromising dark 'grass-n-country.  Ringo responded to our request with the following:


My list for 2019 (and for any year really) includes new and new-to-me records. I used to be embarrassed about these kinds of late discoveries (only just now hearing Fred Eaglesmith's 6 Volts for example). However, I have come to understand and appreciate the delay of discovery as a function of life; they dovetail into all the other things (namely any number of assorted lessons and skills) I probably should have already known.

1.  Daniel Bachman - The Morning Star - So this record came out in 2018, and If I had had my shit together, I would have included it in that list. Truth be told I actually bought this record in 2018, but didn't really get into it, for one reason or another, until this year.  That said, this is my favorite of his records-not a record 'tethered to the past', but open and exploratory and free.  I keep coming back to this record and wonder how someone is able to conjure up this sound; it is so patient and weird and beautiful.

2.  Simon Joyner - Paper Moon - This record is more like the previous Grass, Branch, and Bone than the heroic Ghost centered records, and I tend to prefer this style- the straight forward but clear production, the imagery, and writing is front and center.  Some other review of his record this year said something to the effect of, 'nobody writes a song like Simon Joyner' and that, amid a beguiling potential points of entry into his work, might be the most succinct thing you can say about him.  Either way, this record spent a lot of time on my record player this year and it is just another example of his extraordinary work.

3.  Pharis and Jason Romero - Sweet Old Religion - Pharis and Jason not only are great song writers and players, they maintain a rural banjo workshop that produces some of the world’s finest banjos.  Another 2018 record, and the first of two Canadians on the list, they drawn instant comparison with Gillian Welch and David Rawlings, but I think those fade quickly; Jason and Pharis easily hold their own in songwriting style and skill.

4.  Fred Eaglesmith - 6 Volts - This record came out of nowhere and slayed me.  A friend told me to look up ‘Trucker Speed’ and I spent the next two weeks listening to the record non-stop.  I became an instant fan of his Springsteen-like Nebraska vibe and wit.  I’ll be spending 2020 catching up on Fred Eaglesmith.

5.  Tyler Childers – both Purgatory and Country Squire - I think Tyler Childers is a great songwriter, and if on paper he isn't anything we haven't already seen in 50 years of traditional country-bluegrass American music, he has a great (if understated) band and songs that make you hit repeat.  Which is not something we have already (readily) seen in 50 years of traditional country-bluegrass music.

6.  Mississippi Records Mix Tapes – Assorted - I spent a lot of time in 2019 listing to a whole bunch of cassette tapes purchased from Mississippi Records.  I am not sure how to explain these mix tapes, as they represent a massive spectrum of American and international music curated by the iconoclastic Mississippi Records.  the tapes are cheap (4 bucks) and contain an incomprehensible range of styles beyond what I can try to describe but ballpark fits between early Bakersfield to Nina Simone to Ethiopian piano composers - all gems.

7.  JD Crowe and the New South – ‘Rounder 0044’ - The oldest record of the list and potentially bearing some evidentiary provenance for a number of above listed music.  I have only recently begun to accept, beyond previous claims, that I actually like bluegrass music.  However, this was only made possible by records like this (and the near constant companion of Norman Blake records). 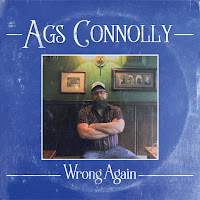 Finally, Big Thanks to Ags Connolly, who also accompanied his selections with some insightful reflections.  Ags' Wrong Again reached us in November, narrated by one of my favorite voices in all of country music.

Jason James - Seems Like Tears Ago (Melodyville) - Jason is always the first name out of my mouth when anyone asks me who is making the best traditional country music these days. He loves George Jones but he's no tribute act. His original songs easily stand up alongside the classics. The production on this album is also exquisite.


Michael Dart - Fightin' the Wars (Dart) - This is the best under-the-radar record I've heard all year, and probably beyond that. Mike is a friend from Austin who I rate highly. I backed his crowdfunder for Fightin' the Wars to be supportive but had no idea how good this thing was gonna turn out. It's full of excellent guest musicians and the co-production job by Mike and guitar player Chris McElrath is awesome. Most of all though, the songs are great. This album is definitely Mike's magnum opus.

Leo Rondeau - Right On Time (Rondeau) - Another one that went under the radar. Leo and I did a UK and Ireland tour in support of this album back in April. I was already a big fan of his songwriting having seen him in Austin before, but I think this might be his best album. Leo has a lot of great songs that haven't even been released yet, and it's kind of criminal that he's not better known

Roger Alan Wade - Simmering Rage (Knoxville) - Roger is one of my favourite songwriters ever and, in my view one of the best around today. Any album release of his is a big event for me. This one is very much in the vein of his last few, in that it's a mostly-serious voice and guitar affair. He's perhaps better known for his funnier songs (some of which were used in Jackass by his cousin Johnny Knoxville), but I think Simmering Rage represents him at his best.

Chris Knight - Almost Daylight (Drifter's Church) - As with Roger Alan Wade, a new Chris Knight album is always a big thing for me. This is the first one from him in seven years, which makes it even more special. Chris has a very distinctive style that he doesn't deviate from much which is what people love about him. It's gritty, gravelly and sometimes grim. A song like 'Send It On Down' is typical of the great slice-of-life type songs he can write, and which I'm very envious of.

Honourable mention: The Country Side of Harmonica Sam - Broken Bottle, Broken Heart (El Toro) - I was familiar with this Swedish band from the Ameripolitan world but this album is by far their best in my opinion. It includes a lot more original stuff, plus the excellent 'My First Broken Heart (Since My Last Broken Heart)' penned for them by Jake Penrod. They have mastered the classic honky tonk sound in the same way Jason James has. It's just a lot of fun to listen to.


God I love my work.  As previously announced, we'll be looking back at our favorite albums of the past decade for next week's Episode (debuting the week of January 5).  I was talking to my son yesterday, who told me that the 2010's actually draws to a close this time NEXT year.  I simply don't care.  That train is leaving the station, son.  I'd just as soon cast my lot alongside every other blogger and their dog, who have been posting their own lists over the past couple weeks.

So enjoy your Christmas.  Sink into the melancholy, embrace the joy.  Check the porch for wryly smiling packages.  And in those rare moments when obligations are few and you can retreat to a quiet corner in your mind, maybe between the pages of a book or the grooves of a record, revel.

It's a new year / And you don't look your age / Everyone seems so happy celebrating winter this way / What time does it end / And when can I go / Get into that car / And drive through the snow  --  Simon Joyner, "New Year's Song"