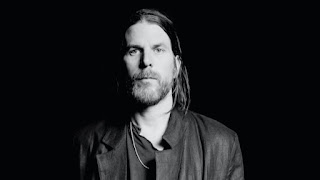 
WHAT's SO GREAT ABOUT FEBRUARY?!!
Always happy to move on from one month to the next.  Some really high profile americana releases on the horizon, but let's allow ourselves a glimpse back at what's mattered in the past couple weeks (in order of appearance, of course):

Jonathan Wilson has fostered a reputation as a go-to producer and sideman of a wide range of artists, from Will Oldham and Father John Misty to Elvis Costello and Roger Waters.  His own projects are lovingly constructed folk-rock gems, barefoot and breezy just like his former Laurel Canyon home.  An eclectic multi-instrumentalist, Wilson is as notorious a collaborator as he is a DIY'er, deliberately stacking track after studio track like a sonic scientist in his lab.  While most of his solo records follow in this free-range spirit, they're decidedly rooted in that California soil.

All this by way of saying that Jonathan Wilson's new collection bucks many of these trends.  Dixie Blur was set to tape in Nashville, largely live in studio and over the period of just a handful of days.  Rather than referencing the scene a couple thousand miles to the West, much of the generous fourteen song set looks East to Wilson's North Carolina childhood.  Perhaps most importantly, he and co-producer Pat Sansone have populated Cowboy Jack Clement's Sound Emporium with a remarkable band of accompanists.

Even deep within his cloud of sound, Jonathan Wilson has always sounded genuine and even organic. But little in his catalog hints at the immediacy and abandon of "In Heaven Making Love".  What begins as a steady gallop unspools into a full country jam with pounded piano and dancing fiddle, a sound he calls a locomotive polka thing sorta.  And while nobody will mistake the session for a great lost cut from Nashville's heyday, Wilson sounds purely at home in the setting:  I've been high I've been low I've been everything in between I've been trying to have a little fun / I've been delivering letters of rock and roll freedom in this carnival on the run.  "El Camino Real" maintains that same party groove, especially as Mark O'Connor's fiery fiddle steps to the front of the stage.

We'll stop down for just a moment to mention what a remarkable get O'Connor was, a truly worldclass fiddle virtuoso who has lent his strings to everyone from Alison Krauss and Bela Fleck to Stephane Grappelli and the London Philharmonic.  While O'Connor was initially reluctant to commit to the studio time, his rich work anchors Dixie Blur as it has so many other diverse albums since the 1970s.  The same could be said for several of Wilson's compatriots on these sessions, including guitarist Kenny Vaughan, bassist Dennis Crouch and Russ Pahl's pedal steel.

The outfit's contributions are most readily felt on some of Dixie Blur's quietest moments.  Would you like to come to my house and play records / And drink the rest of this Korean tea, he invites on the evocative "Korean Tea".  Wilson's voice whispers alongside piano and acoustic guitar, incorporating a bit of the psychedelia that has populated some of his earlier music.  It's a lovely, unhurried piece that had its unlikely beginnings with an early band he shared with Benji Hughes.  With harmonica and pedal steel, "Golden Apples" suggests a bucolic setting, even as the lyrics are more typical of Wilson's impressionistic approach: So you will find me on the ocean / With the trident of Poseidon / Charting the magnitude  (imagine Charlie Pride delivering those lines).  O'Connor shines especially on the melancholy "69 Corvette", recalling his earlier session work alongside Cheryl Wheeler.  I still think of Carolina sometimes Wilson sings:  I miss the family, I miss that feeling / I miss home.  The ghosts of the past and of family haunt the song's video, memories interspersed with shots of the artist and his band in the warmth of the lived-in studio.

Most recently, Jonathan Wilson has served as Roger Waters' tour bandleader, stepping into the guitar and vocal parts once carried by David Gilmour.  A deeply eclectic artist, it must be said that there's little repetition between his four full-length solo CDs.  Driven by such a wandering musical attention span, it's certain that Wilson's next project will sound little like these Nashville sessions.  Even if it is simply a passing flirtation, it can't be said that Dixie Blur presents him as a dress-up cowboy.  Rather, the record suggests another facet of the talent that has attracted fans and fellow artists to his work.  We're lucky to be along for the carnival.


Right here, every Episode we showcase just a handful of the new releases that have landed on A Routes & Branches Guide To Feeding Your Monster over the past couple days.  Yes, this means there's more if you click on the link.  Chuck Prophet tells us that Land That Time Forgot  (Yep Roc, May 15) has a lot of acoustic energy; it's a folk record even.  Jess Williamson has readied her follow-up to 2018's Cosmic Wink.  Sorceress will land in your mailbox on our around May 15 via Mexican Summer.  Steve Earle targets Ghosts of West Virginia at people who didn't vote the way that I did.  These are songs he assembled for a stage play, and they'll find their way onto your shelves May 22 courtesy of the ever-busy New West label.  New West is also responsible for Neon Cross, the new collection from Jaime Wyatt.  Expect vulnerable lyrics and vocal performances from the Shooter Jennings-produced record, due May 29.  That same day we'll make time for Old Time Feeling from SG Goodman, former frontperson for Savage Radley.  Today, you got your weekly ROUTES-cast: