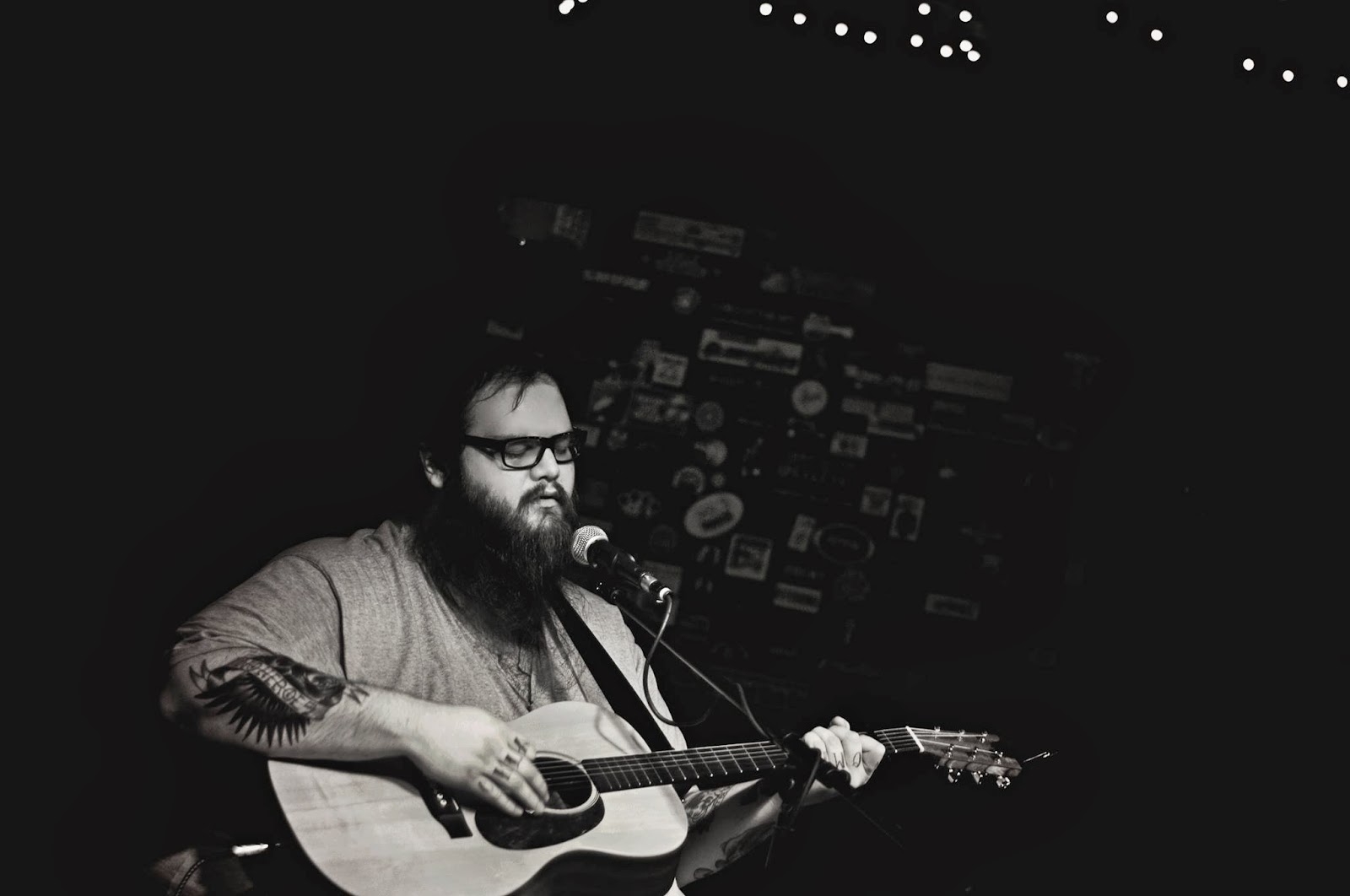 John Moreland drove nine hours from Kansas to swing by the studios for a quick chat with me and Charles Hale of Nine Bullets and the Ajax Diner Book Club.  He's big man with a big voice.  The hair that's surrendering from the top of his head seems to be magically reenlisting between his chin and chest.  And when John Moreland opens his mouth to sing, he has a way with a lyric like no other.  I know I've touted his 2013 record, In the Throes, at least a couple times in my blog, and I'm not the only one.  Despite all the online attention, he still has concerts like the recent one in New Orleans, in which his audience was composed of "one dude". A friend told me about a Wayne "the Train" Hancock show in Albany, OR for which he and his wife were the only fans in attendance.  After waiting a spell just in case, he proceeded to perform an entire passionate set for his audience of two.  I find it fascinating that an artist like Moreland with such an obvious gift suffers from issues of anxiety and confidence.  As a former concert promoter behind at least a couple "one dude" shows, it's always a competition who feels worse about the turnout - the artist, the promoter or the fan.  But when a performer simply carries on from venue to venue making lifechanging music for whomever chooses to listen, you can't help but be impressed with that sort of commitment.