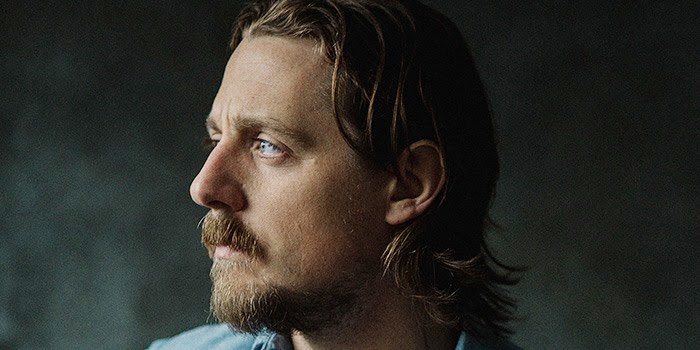 I first discovered Sturgill Simpson during his time as frontman for Sunday Valley. On the heels of the release of 2011's celebrated To the Wind and On To Heaven, Simpson announced that the ever evolving band would heretofore be going by the name Sturgill Simpson and High Top Mountain. Last year's High Top Mountain proved to be a high point for 2013, a refreshing breath of trad country in a world drawn to hybrids. Less than a year later, Sturgill Simpson dials down the honky tonk and blurs the focus on Metamodern Sounds in Country Music. Simpson is still in superb vocal form, one of the finest country singers since the dawn of Dwight Yoakam. His new record loosely explores the psychedelics and strings favored by late 60s and 70s country. The album opener establishes the mood with a curious tale of drugs and reptile abduction, "Turtles All the Way Down".


It's hardly Harlan Howard.  "Life of Sin" paints a picture of a paranoid Simpson "smoking my brain hazy", though offering a more traditional honky tonk spirit.  The most trad moment arrives with a standard take on "Long White Line", though the im-balance is quickly restored with the record's most curious cut, a cover of When In Rome's "The Promise", distilled into a country ballad and given a seriously moving vocal turn.  "Just Let Go" advocates for "Taking a 49 divine day vacation from reality", floating upon echoing steel guitars that drift from speaker to speaker.  It's really a dark and distorted statement, especially following a collection that seemed more directed towards simply having a good time.  Still, Metamodern Sounds makes more of a personal artistic declaration that assures Simpson's place at the forefront of alt.country artists.  Make sure you stick around for the hidden track that follows the aural freakout of "It Ain't All Flowers".